Why are the Amish going Solar? 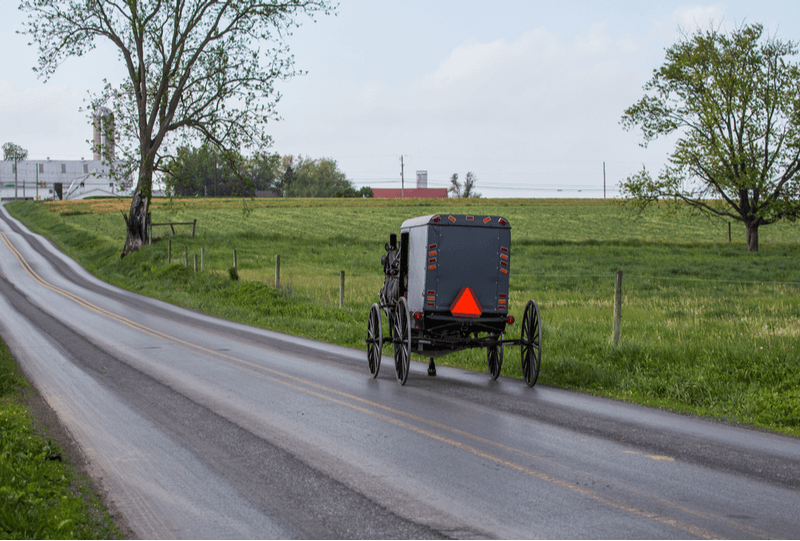 Have you seen solar panels on rooftops in Amish country? According to NPR, the Amish population in Ohio is steadily adding solar power technology to their homes. In fact, it reports that 80% of the Amish in Holmes County, Ohio, are embracing this renewable energy. Although a handful of families refuse to take advantage of solar electricity, even some of the more orthodox Amish are excited about the incorporation of solar power. At first glance, it seems strange but, believe it or not, it makes sense.

If there’s a community that has held tight to its traditions, it’s the Amish. With their own language, way of life and near-absolute separation from mainstream culture, or “English” as they call it, the Amish are famously known for their strong ability to live off the fruits of their labor rather than technology. In general, they live without cars, television or electricity but with advancements in energy generation, some of this is changing. Like many eco-conscious, tech-savvy folks across the world, the Amish are reaping the benefits of solar energy.

Why the Amish are embracing solar

One reason why solar is becoming increasingly popular among Amish communities is the fire risk of their traditional lighting methods such as kerosene lamps and candles – especially for the elderly and younger members of their communities. It also gives their communities the ability to have cheaper, cleaner electricity with the perk of remaining off the grid. In a nutshell, solar is a win-win for the Amish – they remain off the grid, preserving their culture while reaping the benefits of clean renewable energy when needed.

The Amish use electricity?

It’s not that the Amish aren’t allowed to use electricity, it’s that they believe too much reliance on electricity or access to public power grids will tie them too closely to the rest of the world and hurt their well-preserved culture. It’s not necessarily against their beliefs to have power. Before solar panels became readily available, the Amish used gasoline or diesel generators to produce their own electricity for a handful of luxuries – lighting and, in some cases, household appliances such as washing machines.

The Amish don’t believe electricity is bad; they believe having ready access to it will create temptation that can lead to television and other electrical luxuries that could hurt their values. Their culture values hard work and while they may appreciate appliances and tools that can make their jobs easier, the general consensus in their community is if they have complete access to these technologies, it will compromise their children’s work ethic and could lead to a tarnished version of their way of life over generations. With solar, there’s less risk of diminished values and mainstream culture, just as with generators. The big difference is – it’s better for the world and 100% renewable.

Please fill in the item(s) in red below to see rates.