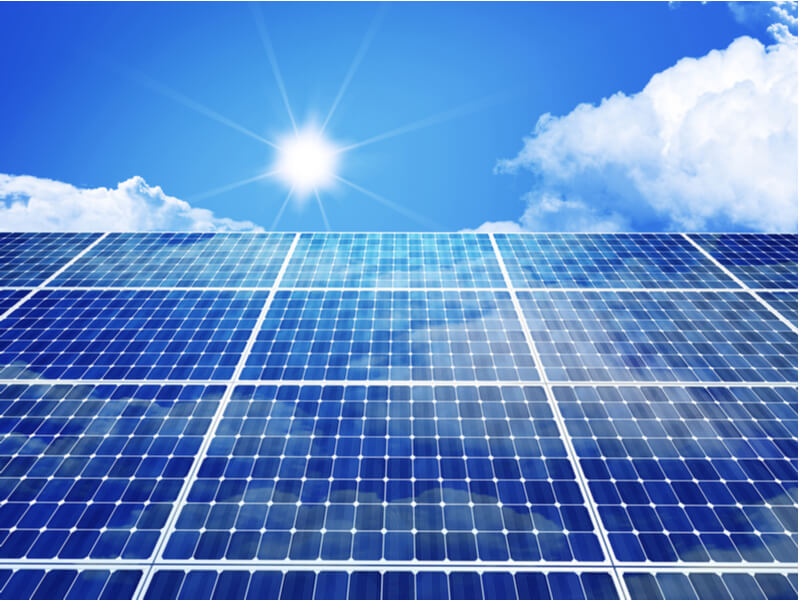 The solar energy industry has experienced a surge of growth in the past decade. In 2010, the residential installed solar capacity in the U.S. was 667 MW (megawatts). That number jumped to almost 20,000 in 2021, according to the Solar Energy Industries Association (SEIA). That’s a nearly 3,000% percent increase.

But despite the massive growth of the solar industry, it may not be replacing fossil fuels anytime soon. There are still several barriers that could hold solar energy back. Here are the top three challenges facing the solar industry.

Grid infrastructure in the U.S. and your utility company

The power grid has remained largely unchanged over the past century. Now, as Americans try to go greener, the grid must be retrofitted to handle the influx of renewable energy.

A large part of President Joe Biden’s energy plan involves a major power grid overhaul as the U.S. inches towards clean energy. This feat is a nearly insurmountable challenge.

According to Forbes, Biden will have to “overhaul a sprawling electrical network that relies on tens of thousands of generators that are owned by more than 3,000 different electricity providers, a group that includes investor-owned utilities, publicly owned utilities, cooperatives, power marketers, and federal power agencies,

But with so much revenue at stake in the power and electricity industries, utility companies aren’t likely to just quietly go away. The U.S. electric power industry generated 401.7 billion dollars in 2019, according to Statista.

However, the utility companies are feeling the pressure of a renewable energy revolution. According to Grist, “Solar power and other distributed renewable energy technologies could lay waste to U.S. power utilities and burn the utility business model, which has remained virtually unchanged for a century, to the ground.”

You see, electricity isn’t stored. Once it’s been generated, it’s transmitted to the grid, where it flows through power lines to meet the supply and demand of the nation. If demand is higher than expected, the power in your home might flicker or go out completely. However, if demand is lower than anticipated, energy is wasted. To keep that from happening, there has to be the right balance between energy generation and consumption.

Throwing renewable energy into the mix makes the process even more complicated. The amount of renewable energy generated on any given day can be unpredictable. You never know when a cloud will cover the sun or when the wind will stop blowing.

However, as more people become energy-independent through the use of residential solar power, the reliance on traditional power companies could dwindle dramatically.

Former Duke Energy CEO Jim Rogers recognized this fact nearly a decade ago when he remarked that the rooftop solar panel market could threaten the traditional energy business, especially if the cost of solar panels and installation continued to decrease. In other words, if home solar users are able to generate enough power independently, they could essentially turn the power grid into a backup energy option.

Though the cost of solar power has decreased over the years, it’s still an expensive investment. The average cost of a residential solar system costs between $15,000 — $25,000. This high cost can be a barrier to entry for many homeowners who wish to go green.

Luckily, there are several ways to lower this overall cost for the homeowner, such as:

Efficiency is another area where the solar industry still needs to pick up some slack. Currently, most well-known brands for residential solar panels have an efficiency between 15 — 21 percent. In other words, the majority of energy from the sun’s rays isn’t being captured by solar systems.

This issue is mainly because most solar panels are stationary and can’t move to meet the sun’s direct rays. However, engineers are working to increase the efficiency of solar panels. In fact, according to Physics World, the realm of solar panel efficiency “hit a new high last year when a team from the National Renewable Energy Laboratory (NREL) in Golden, Colorado, unveiled a device with a record-breaking efficiency of 47.1%.”

This accomplishment is encouraging and shows that as new technologies and improvements hit the market, solar energy could produce more energy, making it a cheaper alternative to fossil-fuel-generated energy.

As solar energy installations began to grow across the globe, manufacturers rushed to produce the panels and materials needed to generate renewable electricity. Even with record growth in the industry, the large number of companies that jumped into the market created an oversupply of solar panels.

Because the supply was higher than the demand, some of these companies have gone out of business. Despite this fact, the number of solar panels on the market has benefited consumers by driving down the cost of purchasing a solar system.

Unfortunately, the incidents have also cost investors millions. Without continued support from financial backers, the oversupply could cause a lack of new solar technologies in the future and possibly hinder the long-term adoption of the resource.

However, solar for your home has a long way to go before it reaches the popularity of other sustainable trends, such as hybrid cars, bringing your own grocery bags, and reusable straws.

Find out more about solar in your state

Are you looking for more information about best solar panel options near you? Check out our state guides for info on state-specific solar incentives and rebates.